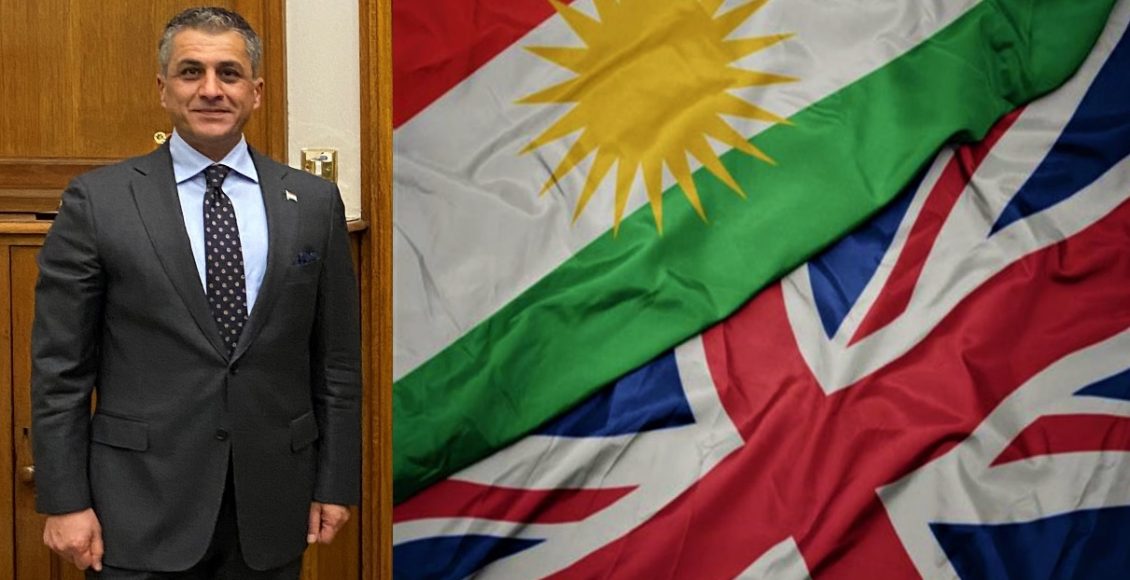 With a women’s-led revolution brewing in neighbouring Iran and the Kurdish women’s slogan of “Women, Life, Freedom” (Jin, Jiyan, Azadi) being shouted in Parliaments around the globe, the focus on women’s rights and equality in the Middle East has never been more prescient.

In light of this, Dr. Shilan Fuad Hussain – a Marie Curie Postdoctoral Fellow at Middlesex University and gender studies scholar conducting research on Kurdish women – decided to conduct the following interview. It took place in late October 2022 and was with Karwan Jamal Tahir, High Representative to the United Kingdom (UK) for the Kurdistan Regional Government (KRG) in Iraq since 2015. As an integral member in the KRG’s foreign policy team, Rep. Tahir is well suited to speak on women-centred developments in northern Iraq (southern Kurdistan) and the surrounding region.

In the interview they discuss an array of relevant topics, including current laws to protect women in the KRG, the cultural significance of Kurdish women, the now famous Kurdish-Iranian martyr Jina Amini, and the role of the hijab. The answers are relevant to those seeking to understand the evolving situation of women in Kurdistan and the surrounding states.

1. Iraqi Kurdistan is often cited by the West as a “bright spot” for women’s rights in the Middle East. Do you believe this is correct? And if so, can you speak about some of the ways women are freer in the KRI than in some of the neighbouring countries in the region?

I think it is a fair statement. The Kurdistan Region is an emerging democracy, and empowering woman is part of our progressive society. Kurdish women have played a crucial role throughout our history and have consistently appeared influential in changing and shaping our society.

Women in Kurdistan have made significant contributions in different spheres of life. They have been on the front lines of the struggle for democracy and liberty during the revolution era; yesterday’s female Peshmerga are now continuing the struggle at a different level today. They further strengthened their position within the existing democratic society in the fields of politics; a woman chairing the Kurdistan parliament as the Speaker is indicative of this. We have strong female diplomats, successful entrepreneurs, academics, innovators, and also women who have been the voice of the survivors from the conflict zone, who collectively advocate for women’s rights.

Women in the Kurdistan Region are very vocal and pragmatic. Their participation in politics, economy, and public life has changed dramatically in a generation, and this has been reflected in the government’s plan and strategy to place significant importance on advancing gender equality.

2. Can you speak about some of the laws that the KRG has passed or wants to pass to ensure women’s human rights are protected?

The Kurdistan Region is embracing a set of values that we share with democratic societies and advanced countries throughout the world, including democracy, the rule of law, human rights, coexistence, and gender equality. To honour these values, we must continue to protect them to ensure that individual members can feel safe, valued, and can contribute for the good of themselves and others.

We believe in gender equality, a common value with our international partners. Therefore, advancing women’s rights is at the very heart of the KRG’s national agenda. The Kurdistan Regional Government (KRG) has committed itself publicly and has the moral and institutional obligation to ensure women’s rights are preserved.

Several laws and pieces of legislation have been passed in the Kurdistan Region to tear down barriers to equal opportunities in order to build a fairer society. The Kurdistan parliament passed several landmark pieces of legislation, including the law against domestic violence, and the personal status law to advance gender quality and women empowerment.

Additionally, the KRG also passed the family violence law, banning violence against women, including Female Genital Mutilation (FGM) and classifying honour killing as a specific crime. It also developed a strategy on combating violence against women in 2012, which was prepared by the High Council for Women’s Affairs and the UN Population Fund. Furthermore, the female representation in Parliament has increased from 25% to 30% – a statistic that puts us amongst the most advanced Western democracies for gender representation.

3. Does the KRG have a policy to attempt to lessen the occurrence of practices like forced marriages, honour killings, or FGM (female genital mutilation)? And why do you think these have not been eliminated yet in the KRI?

As I mentioned, these are considered criminal offences, and the perpetrators will be brought to justice. Meanwhile, different measures were also taken, i.e. continued endeavour to the enlightenment of society, where many activists and Non-Governmental Organizations played a very influential role in protecting and promoting women’s rights.

However, at the same time, we acknowledge the hardship, violations and obstacles Kurdish women continue to face. This is partly in my opinion, caused by the culture of our society, which needs to be continuously confronted. Also, as statistics show, a substantial number of women can be reluctant to engage and contribute fully to society due to cultural factors.

On the academic level, several measures have also been taken by the KRG to implement human rights education in schools and universities as education contributes to promoting equality and sustainable developments in the region, for that several gender equality centres have been established across universities.

The KRG are placing a high priority on promoting equality and human rights to protect individual rights and advance equality of opportunity for all. However, despite the positive developments we have seen, certain limitations and shortcomings still exist, but the KRG is committed to eliminate and combat them and these priorities will be fulfilled with collective efforts.

4. Kurdish women rose to global prominence for their defiance and fighting against the barbarism of ISIS. Do you think there is something unique about Kurdish culture which helped give these women the bravery to defy such odds?

Kurdish women lived in a very challenging environment throughout history, from the dictatorial regime that did not differentiate women from men in committing brutality and persecution against them, to some problematic cultural mindsets which inadvertently taught women strength and resilience. This ultimately directed them to become strivers for liberty and is the main motive of the Kurdish women to fight shoulder to shoulder with their male counterparts.

5. The murder of Jina Amini – a Kurdish woman – in Iranian morality police custody has led to protests and riots throughout Eastern Kurdistan and Iran, what is the KRG’s official position on these events?

Indeed, the death of Jina Amini – a Kurdish woman from Iran – was unfortunate, leading to protests and escalating the situation. The ramification was severe and raised some concerns in the Kurdistan Region, notably when the Revolutionary Guard launched missiles into KRI’s territory, killing civilians and violating the sovereignty of the Kurdistan Region.

We believe that the values of human rights and freedom of expression should be universal and respected by all governments.

6. Since it has become a topic next door in Iran, does the KRG have a policy regarding the hijab in public? Are they interested in increasing or decreasing its prevalence, or do they believe it is a personal matter for individual women to decide?

Indeed, it is the latter. We believe that wearing a hijab is a personal choice and part of the freedom of religion that the Kurdistan Region upholds.

The Kurdistan Region is home to considerable religious and ethnic diversity. In 2015, the Kurdistan Parliament passed “The Minority Rights Law”, which lays out the fundamental rights, including the freedoms of thought, religion, speech, and culture. The law unequivocally grants rights and religious freedoms to all and mandates the KRG to guarantee equality for all component groups of the region while requiring that religious discrimination be punished. Therefore, all religions and those who practise them are endorsed legally.

7. The Kurdish woman researcher Nagihan Akarsel who worked on Jineology Studies (Science of Women) was recently assassinated on the street in the city of Sulaymaniyah. What is the KRG’s response to this crime and in what ways is the KRG attempting to ensure the safety of women’s rights activists?

The KRG thoroughly investigated the case and worked closely with partners and the Federal Government of Iraq to retain and protect the sovereignty and integrity of its soil. The authorities will always investigate crimes against women within our borders.

Disclaimer: The views expressed here represent those of the interviewee and not necessarily those of Dr. Shilan Fuad Hussain.

We Welcome a New Era at The Kurdish Center for Studies